Immediate Tender for the Removal of the Laid-Up HSC KALLI P.

On December 16, 2019 the Hellenic Public Port Authority, decided to launch an immediate tender for the removal and legal disposal of the HSC KALLI P. (1996) of Idomeneas Lines.

The ship was chartered from Nel Lines in May 2015 in order to connect Heraklion with Santorini. However, the plans failed, and the vessel was laid up at the MED Shipyard in Perama since June 2016.

She was built in France (Chantier Leroux & Lotz Naval) in 1995 as the NGV ALISO of SNCM. 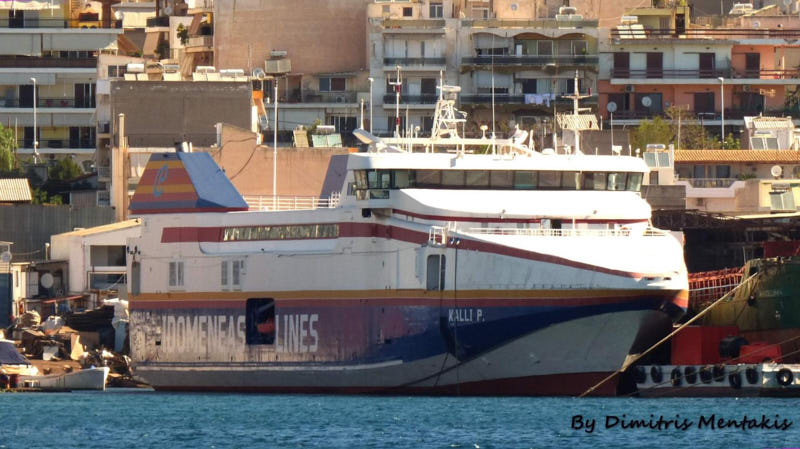