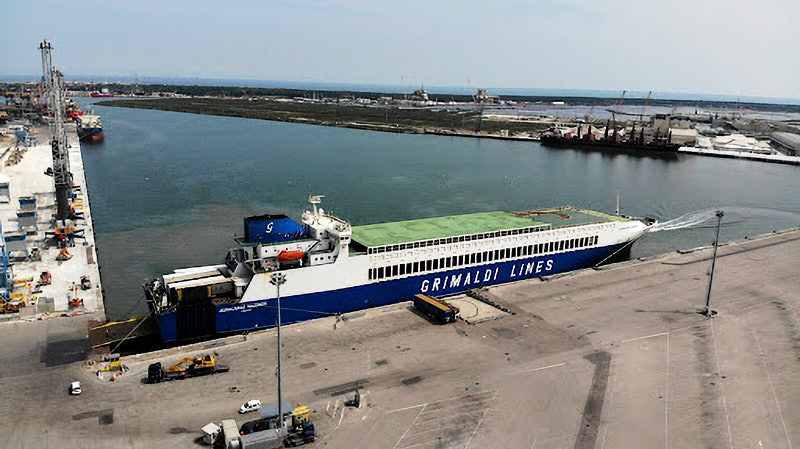 At the occasion of a conference held this week, the executive manager of Grimaldi Euromed, Eugenio Grimaldi, announced the interest of the Naples-based Group to invest in the port of Ravenna and make a hub for the roro traffic in the Adriatic sea.

Following the recent withdrawal of Tirrenia Cin, today Grimaldi Euromed is the only player active on the routes linking Ravenna with Brindisi and Catania, progressively increasing frequency and tonnage deployed.

“Now we are offering eight sailings per week inbound and outbound from Ravenna using roro ship with a capacity for 250 trailers. Compared with the numbers of 2019 we are experiencing a +2% volume increase in the first half of 2021” Eugenio Grimaldi stated. Also adding that “we would be interested at investing in the port of Ravenna and, thanks also to the inland terminal of Bologna, there are big potential opportunities to increase the trains for transporting trailers and roro to and from Central and Eastern Europa using the port as a hub also for Grimaldi’s maritime connections”.

As of today, the roro terminal of the port of Ravenna (operated by T. & C. – Traghetti e Crociere S.R.L.) is still fully controlled by the local port authority.