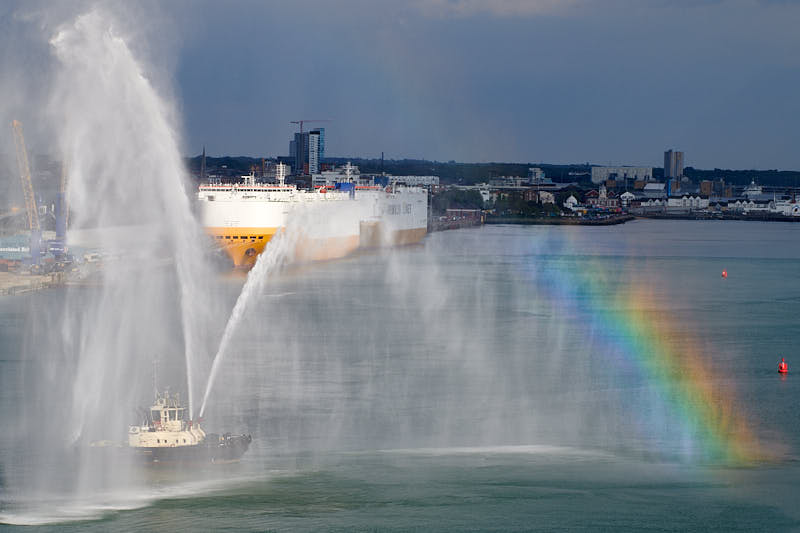 The European Space Agency (ESA) is joining the effort to deploy new technologies that will contribute to the automation of shipping.

Through its Navigation Innovation and Support Program (NAVISP), the agency is participating in a program to use satellite location technology to assist and ultimately automate the mooring of ships.

The new project will involve Italy’s Grimaldi Group working with Kongsberg and the Radiolabs Consortium and the involvement of the Italian Space Agency (ASI). The project’s goal is to design, execute and validate the berthing assistance system in operating conditions.

The first phase of the project, which is expected to last 18 months, will focus on the design of the equipment along with laboratory testing and pre-installation for the system to be tested on an in-service vessel.

The second phase, which has also been agreed with ESA and which is targeted to start in March 2024, plans to execute tests aboard the vessel.

The Grimaldi Satellite Assisted Berthing project foresees a system for assisted guidance during mooring using new satellite location technologies. The goal is to tie the satellite information into the ship’s automation systems.

The automation navigation testing will be carried out using one of the large ro-ro PCTC ships operated by Grimaldi and the test will take place at the Antwerp Euroterminal in Belgium.

During the first phase of the testing, the system will provide information to the ship’s command to assist in making decisions to facilitate mooring. The goal is to demonstrate a system that can fully automate berthing.