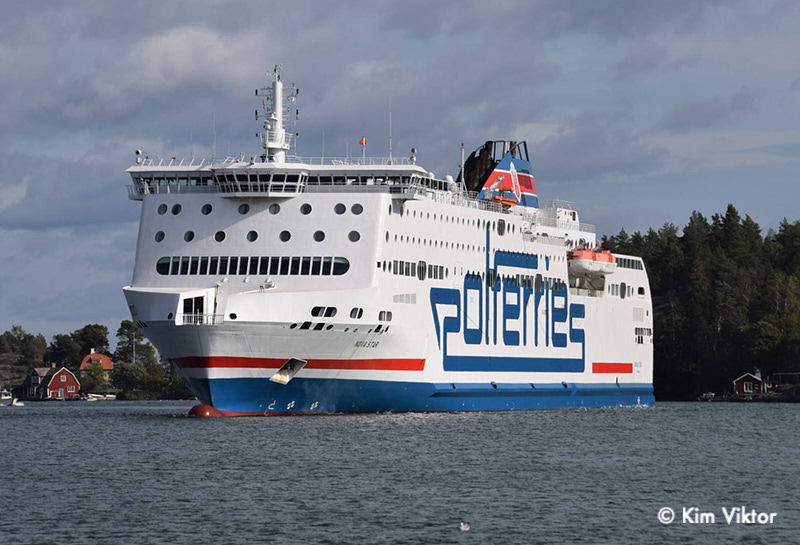 The vessel has been on a bareboat charter to Polferries since September 2018 and is deployed in the Gdańsk-Nynäshamn route.  The charterer has since exercised a purchase option.

NOVA STAR was designed and built by ST Engineering, originally for LD Lines. 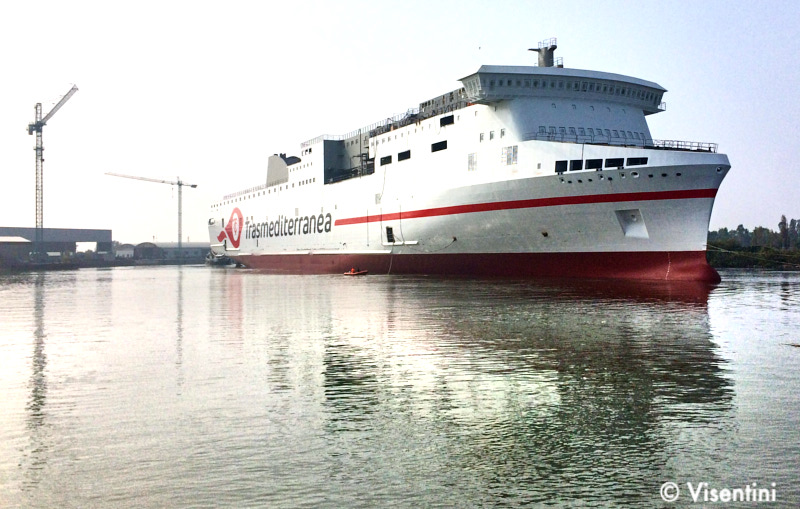 Cantiere Navale Visentini broke a record with the newbuilding CIUDAD DE VALENCIA, the longest ropax ever launched at the shipyard based in Porto Viro, Rovigo.

Designed by NAOS Ship and Boat Design, the ship set to be chartered long-term by Trasmediterranea will have a length of 203m, a 25m beam and a capacity of 2,600 lane metres and 1,000 passengers. Delivery is scheduled for May 2020.

According to some rumours, the sistership due for delivery in 2021 might also be chartered by Trasmediterranea (Armas Group). 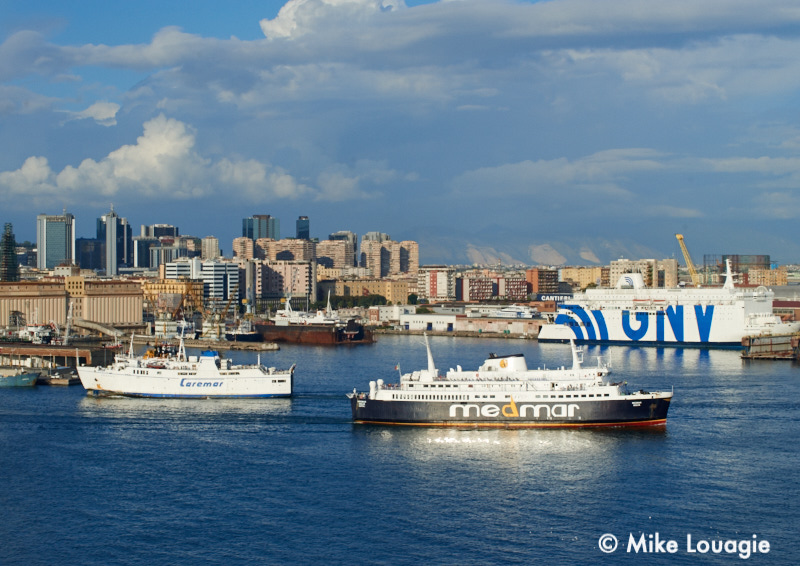 The Italian transport ministry definitively approved a law which makes it possible for the Regional Governments to co-finance (15% of the total price) investments aimed at building new ferries or refitting old ones deployed on the short sea routes.

Subsidies will be granted for those companies in charge for the local public transport by sea.

The first player expected to take advantage of these new subsidies is likely to be Siremar, ferry company 50% owned by Caronte&Tourist and Liberty Lines, and active on the Sicilian market.

Less than one year ago Vincenzo Franza, chairman of the company, announced that two new ferries would be ordered soon for the routes to and from Lampedusa and Pantelleria islands. The project had been developed by Naos Design and this new series of ropax units should have a 1,000 passenger capacity, up to 170 cabins and 650 lane meters plus 60 cars. 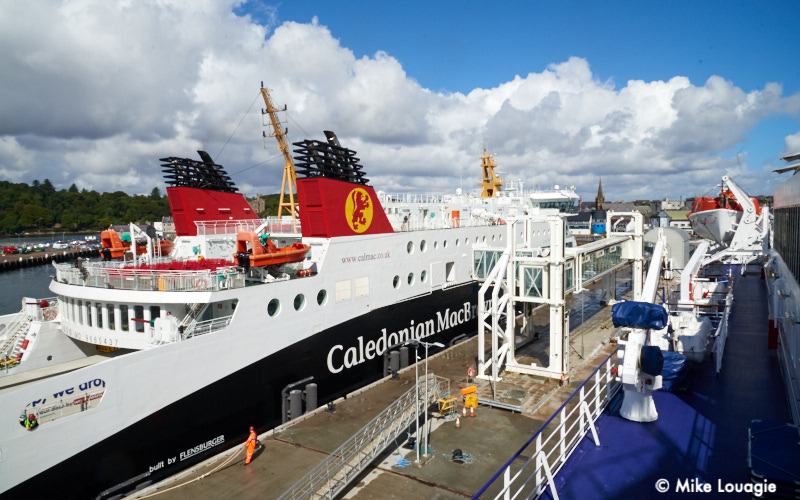 Flensburg-built LOCH SEAFORTH, which operates the route between Ullapool and Stornoway, was financed by Lloyds Banking Group and has been leased to CMAL for the past five years through an operational lease agreement.

“Purchasing the Loch Seaforth outright will also bring considerable financial benefits by delivering savings to the public purse over the longer term when compared with a more expensive leasing arrangement,” said Minister for Energy, Connectivity and the Islands, Paul Wheelhouse.

When plans for a replacement vessel were approved by the Scottish Government in 2011, CMAL sought proposals for funding in the form of lease options from banks and other financial institutions to finance procurement of the vessel. Following a tender process governed by EU procurement rules, Lloyds Banking Group was appointed to provide the operating lease. 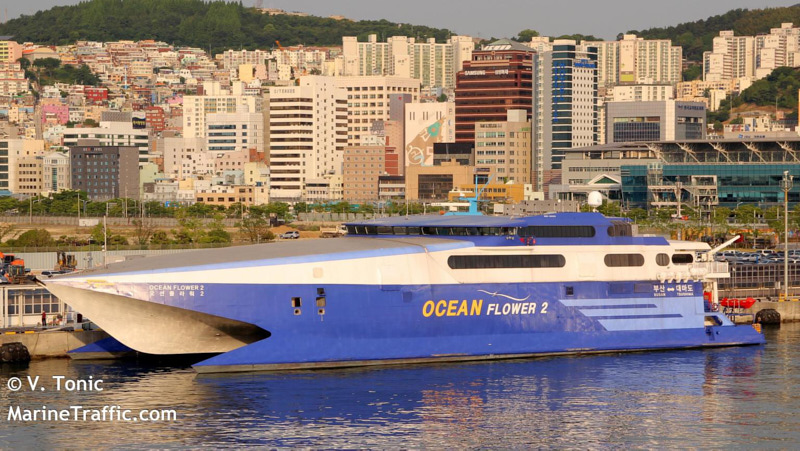 The Cypriot-based SEAJETS proceeds to the purchase of another fast ferry, raising its fleet up to 16 HSCs.

The vessel is Bridgemans Trinidad LP’s OCEAN FLOWER 2, which was purchased in 2017 for the Trinidad -Tobago route. Unfortunately, plans failed, and the ship remained laid up in the Damen shipyard at Willemstad (Curaçao).

OCEAN FLOWER 2 was built in Australia (Incat) in 1996. Her carrying capacity is for 670 passengers and 150 private cars.

The investment company Tennor Holding took over the ailing FSG yard in August.

Deltamarin Provides RMC With Design Services For The Tallink Project

Deltamarin signed a contract with Rauma Marine Constructions (RMC). It covers basic and detail design services for Tallink’s new LNG-powered shuttle ferry set to operate between Helsinki in Finland and Tallinn in Estonia.

The value of the contract with RMC is about €7.5M. The work will be carried out over a period of about 16-18 months at Deltamarin’s offices in Finland and Poland with the assistance of network companies.

The Tallink shuttle ferry is the biggest vessel yet to be built by RMC. It will accommodate 2,800 passengers and will have 1,900 lane meters for articulated road vehicles, cars, lorries, etc. Utilising the newest technology and innovative solutions, the ferry will be extremely environmentally-friendly and energy-efficient. It will run on dual fuel with the main source of fuel being low-emission liquefied natural gas (LNG). The ferry is expected to be delivered early in 2022. 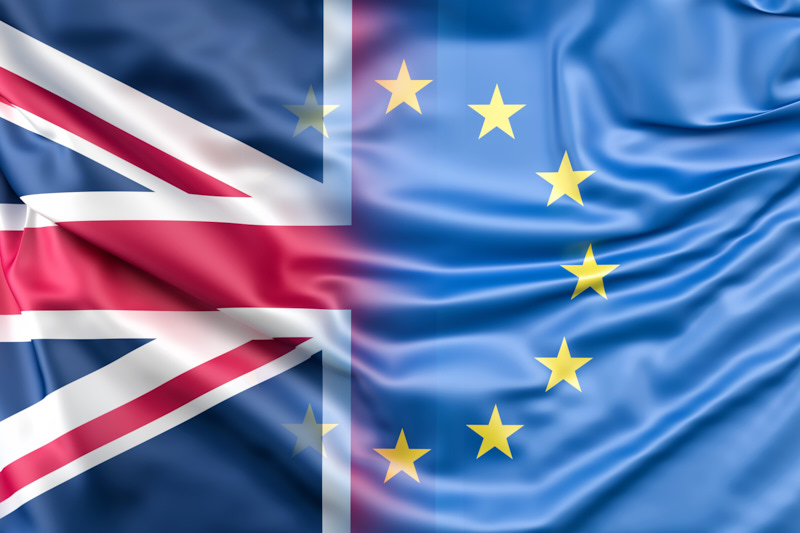 The British government has signed freight capacity contracts that will help ensure vital medicines continue to enter the UK after Brexit, whatever the circumstances.

Following a robust procurement process, Transport Secretary Grant Shapps  announced on 11 October that Brittany Ferries, DFDS, P&O and Stena Line will be ready to deliver capacity equivalent to thousands of HGVs per week from 31 October.

BC Ferries announced the closing of a CAD $250 million senior secured bond issue. The privately placed bonds, which are rated A (high) by DBRS and AA- by Standard & Poor’s, were sold to institutional investors across Canada. The bonds bear interest at 2.794% per annum and are due October 15, 2049.

Private equity investor Vaaka Partners has become the majority shareholder of Foreship LTD, a Finnish company specializing in ship design and engineering. With headquarters in Helsinki, Finland and more than 100 naval architects and marine engineering experts on board, Foreship is one of the leaders in cruise ship design, refits and ship life-cycle projects.

The company offers a comprehensive range of engineering solutions that include project coordination and management, classification design and engineering, as well as drydock and ships-in-operation services.