MYTILENE (1973) of Nel Lines is being prepared to leave for Aliaga (Turkey) following her fleet mate THEOFILOS (1975) that was delivered on May 16. Her name has already been shortened to LENE and she will leave her anchorage soon.

MYTILENE was built in Japan in 1973 as the Vega of the Shin Higashi Nihon Ferry. She was purchased by Nel Lines in 1990 and extensively rebuild as a night ferry.

Route: Piraeus-Chios-Mytilene line (plus a call at Lemnos, Kavala and Thessaloniki twice a week in July 1992).

She also served the islands of Samos and Ikaria, connecting them with the ports of Piraeus and Thessaloniki or Kavala.

Nel Lines collapsed in 2013/ The ferry was eventually sold for scrap in May 2022. 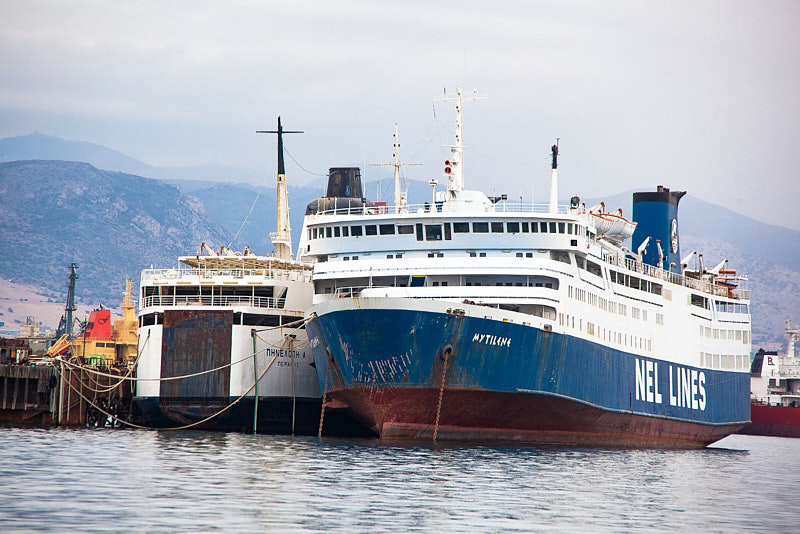