The States of Channel Islands Jersey and Guernsey have agreed to provide financial support for an inter-island, passenger-only ferry service. The service, which would start in 2018, would provide a day trip service for island residents and tourists, operating from the beginning of May to the end of September.
Condor Ferries have revealed they want to bid for the contract. If successful they would likely offer sailings seven days a week during the summer season. 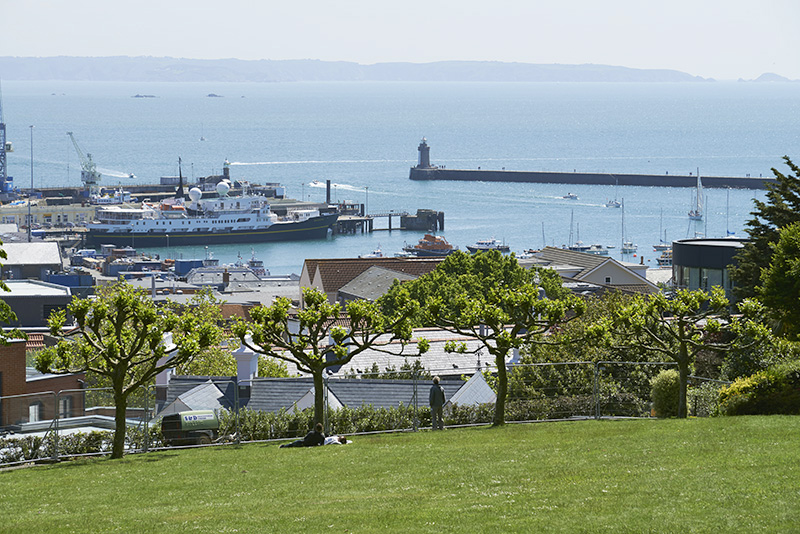 Link to the official announcement
0

Five Million Tons of Freight Transported from Cuxhaven to Immingham

“RailRoCargo”, the joint product of Cuxport, DFDS Germany and TRANSA Spedition, is celebrating a milestone: in September 2017, the five millionth ton of cargo was transported to the Cuxport terminal in Cuxhaven for onward shipping to the UK.
At the Cuxport terminal, the goods are transferred from the rail wagons onto DFDS MAFI roll trailers in a covered area. These are subsequently shipped by ro-ro ferry to Immingham, where DFDS takes over the storage of the freight and its distribution to British consignees by truck.
There are five weekly DFDS ferry crossings in each direction. 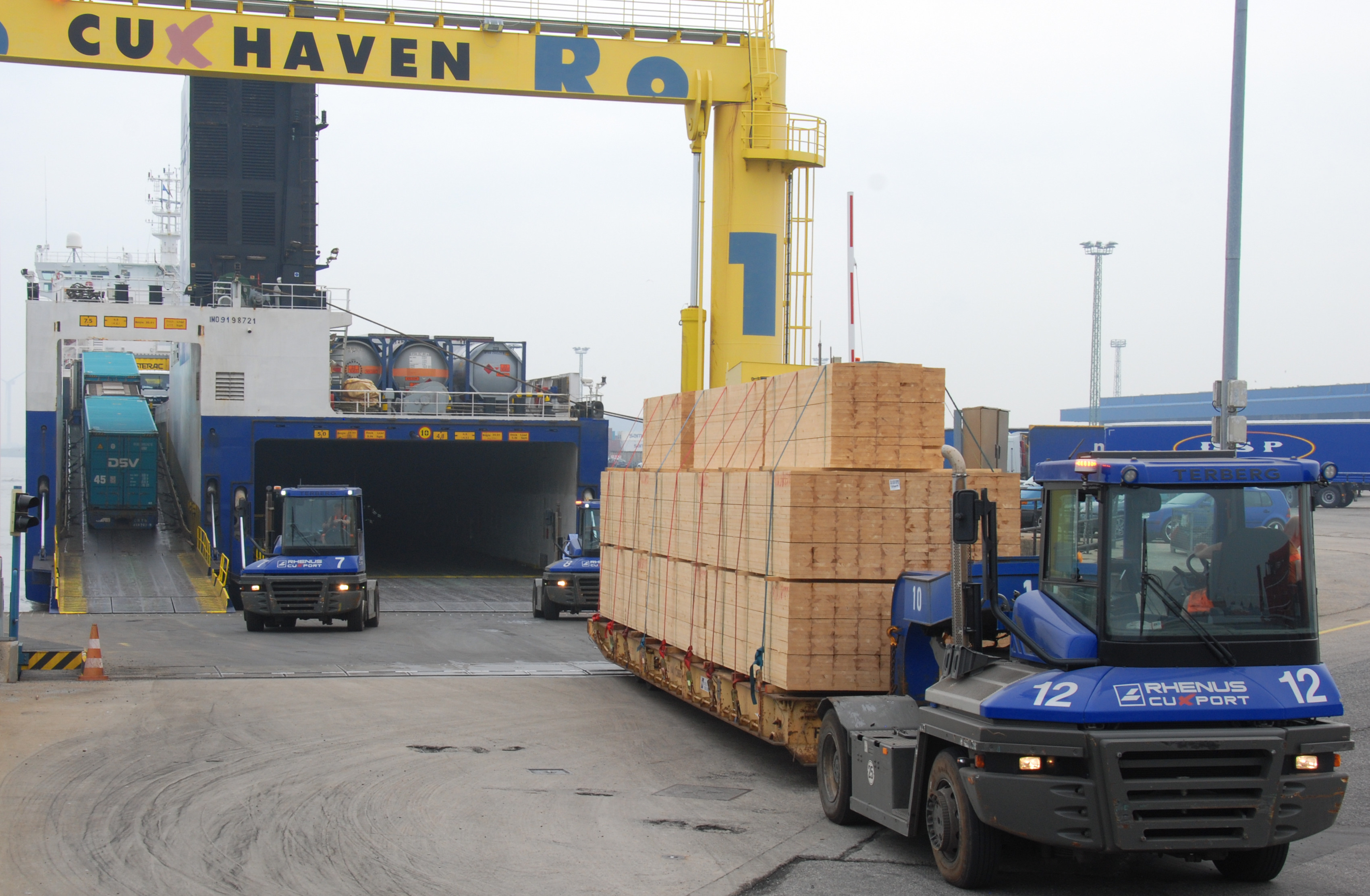 The Yalova Ro-Ro Terminal has seen the start of its operations on October 3.
This Turkish port, located on the Asian side of Turkey, some 100km southeast of Istanbul, is the first port investment made by logistics company Ekol.
The 500-trailer-capacity terminal has a surface of 70,000m2.
All freight operations at the Port of Haydarpaşa will be transferred to the Yalova Ro-Ro Terminal. The Haydarpaşa terminal is located just opposite Istanbul and has been suffering from severe congestion.
Ekol operates nine weekly shuttle services between Turkey (Haydarpaşa, Yalova, Alsancak) and Greece (Lavrio), Italy (Trieste) and France (Sète) with ro-ro vessels HATCHE, PAQIZE, QEZBAN, FADIQ, AYSHE, QUBRA and MELEQ.
President Erdogan and his Prime Minister will open the terminal in the coming days.

DFDS’s newest ro-ro ship TULIPA SEAWAYS has been delivered by Flensburg’s FSG yard and arrived in Vlaardingen, Rotterdam on Saturday September 30. She entered service on Monday, October 2.
Sister to the earlier delivered GARDENIA SEAWAYS, she too serves the Vlaardingen – Immingham route.
With more than 4,000 lane meters garage deck she can offer space to 262 trailers.
DFDS has an agreement with the owner –Siem Group– to bareboat-charter the two vessels for a five-year period, with a purchase option. 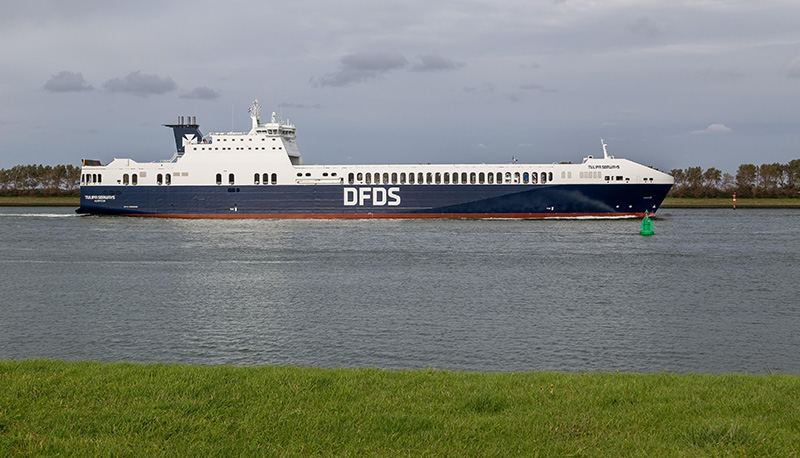 Emanuele Grimaldi is going to practice what he has been preaching, by ordering ten environmental-friendly ro-ro ships. An order for six will have an option for four, and several Chinese yards are in the running. That is what he announced at the 21st EuroMed conference.
The ships will have underwater air lubrication technology, scrubbers and will be hybrid. Indeed, they will be equipped with lithium batteries, which will allow switching off the engines when in port.

In the last four years, the group already invested two billion euros in 25 new ships, and 300 million euros to make the existing fleet and operations greener. CO2 was reduced by 9% in six years, and sulfur emissions were reduced by 24%, said Grimaldi at the opening of the conference.

Additionally it was announced that capacity of CRUISE ROMA and CRUISE BARCELONA is going to be enhanced by lengthening. This will probably be done by Fincantieri in Palermo, a yard with a large experience in this field after the lengthening of four MSC cruise ships. The final details of the contract still need fine-tuning. The vessels will also receive a “lithium-upgrade”.
Passenger capacity will rise from 3,000 to 3,500. 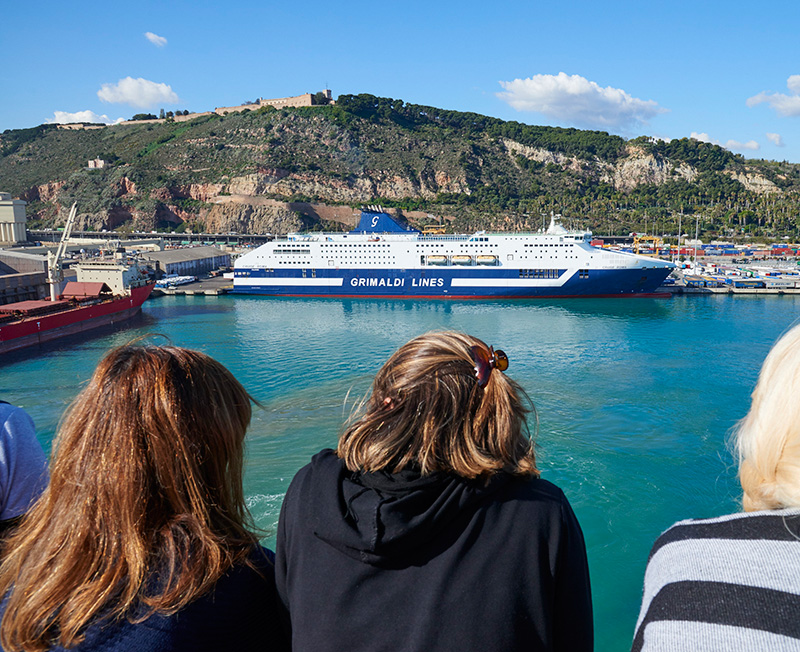 One more ferry veteran to operate on Red Sea route

Former Bass Strait ro-pax BRIDGE (built in 1976 as BASS TRADER and known in Europe as MERCEDES DEL MAR, Iscomar, and BLUE BRIDGE, Blue Ferries) has left Albania, bound for Port Said. Her new name, DUBA BRIDGE, says it all about her new role. As many other European ferry veterans, she will operate on the Duba (Saudi-Arabia) – Safaga (Egypt) Red Sea route. 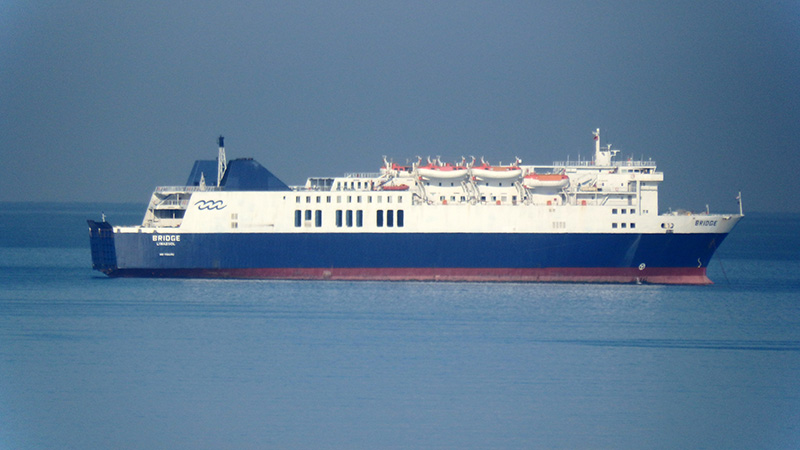 The German Federal Ministry for Transport and Digital Infrastructure (BMVI) has awarded LHG (Ports of Lübeck and Travemünde) funding from the Innovative Port Technologies (IHATEC) program.
Together with the University of Lübeck, LHG is working as a consortium leader on a concept for an integrated booking and disposition platform “RoRo-Hafen-4.0”.
The aim of the project is to control the flow of information along entire transport chains and make it available to all parties involved. A feasibility study can now be started. 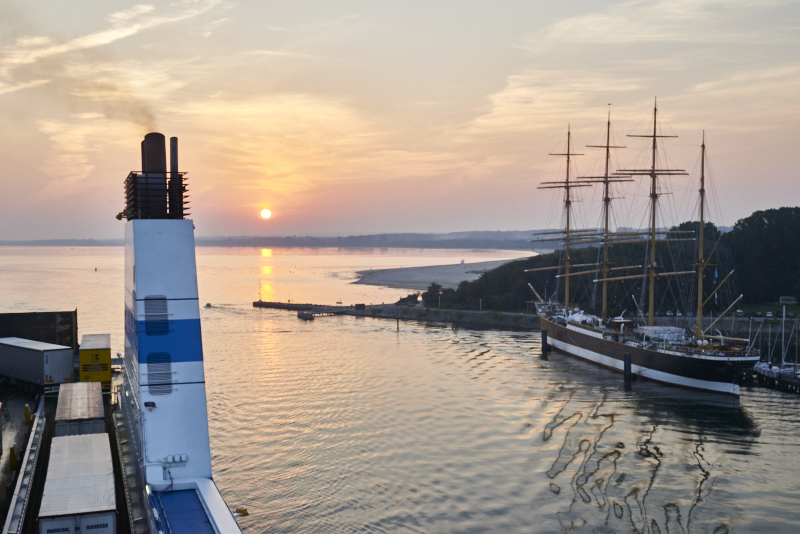 Scottish Transport Minister has money for the ferry services

Port of Bilbao, Spain, has started to build an additional ro-ro ramp. It will be the eighth ramp in the Basque port and will be completed by the beginning of next year. 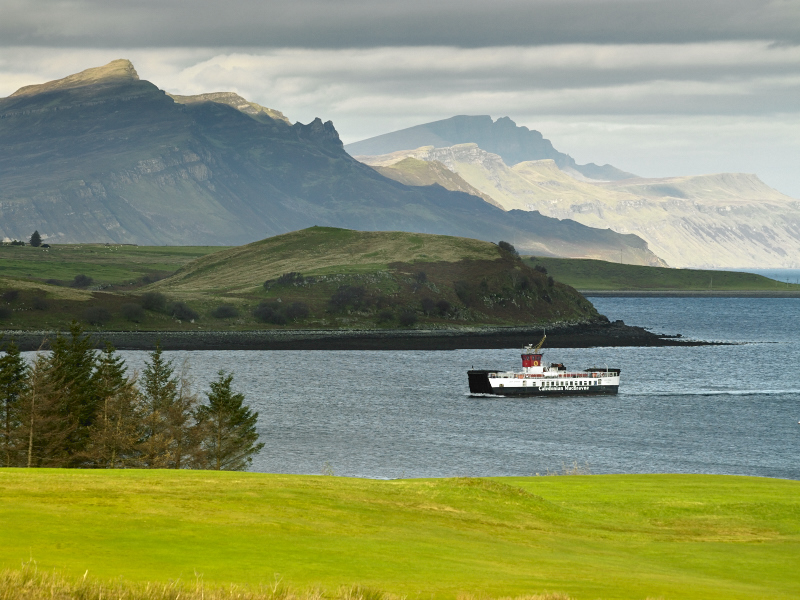 Red Funnel is going to spend £3m on a major refurbishment of its ro-pax ferry RED EAGLE in the New Year.
The work will be similar to the new look given to RED FALCON and RED OSPREY in 2014 and 2015. The main contract has been awarded to Trimline in Southampton, with aluminium fabrication work contracted to Wight Shipyard Ltd in East Cowes. The refit will be carried out in Southampton. 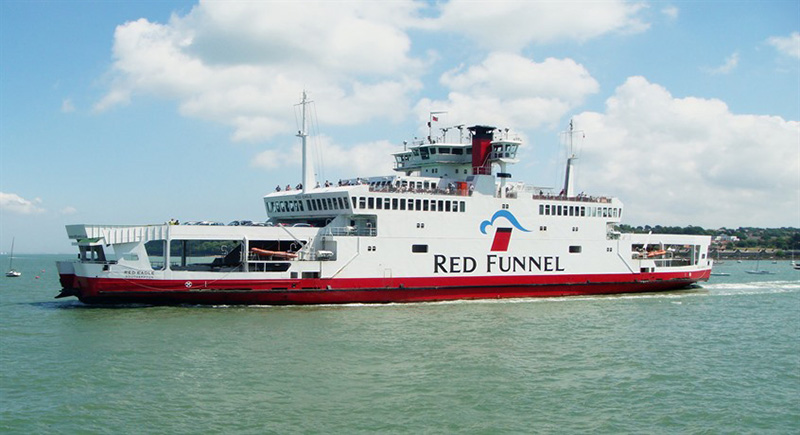 Bilbao to get an extra ro-ro ramp

Port of Bilbao, Spain, has started to build an additional ro-ro ramp. It will be the eighth ramp in the Basque port and will be completed by the beginning of next year. 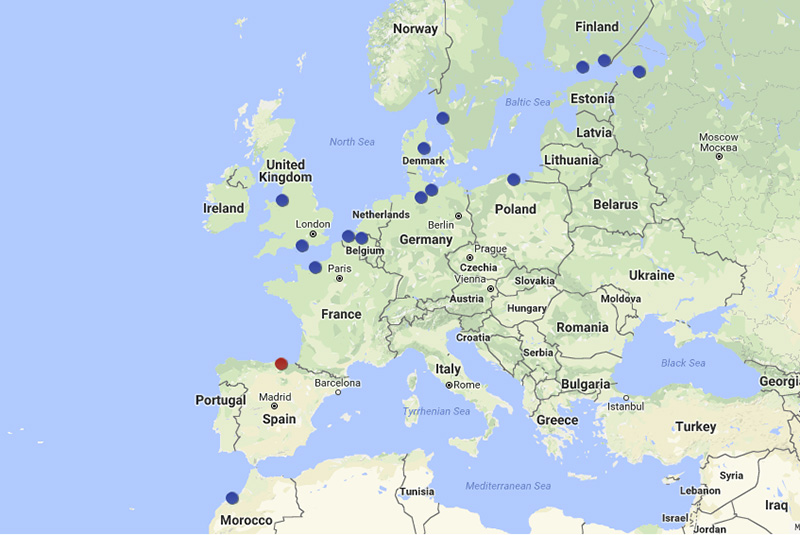