(from Onion Johnnies to Brittany Ferries)

(from Onion Johnnies to Brittany Ferries)

“At Brittany Ferries we come from the land, but we are committed to the sea,” affirmed Jean-Marc Roué. “Nothing symbolises this relationship more than the Pink Roscoff Onion. They were part of the first cargo Brittany Ferries carried from France to the UK fifty years ago. 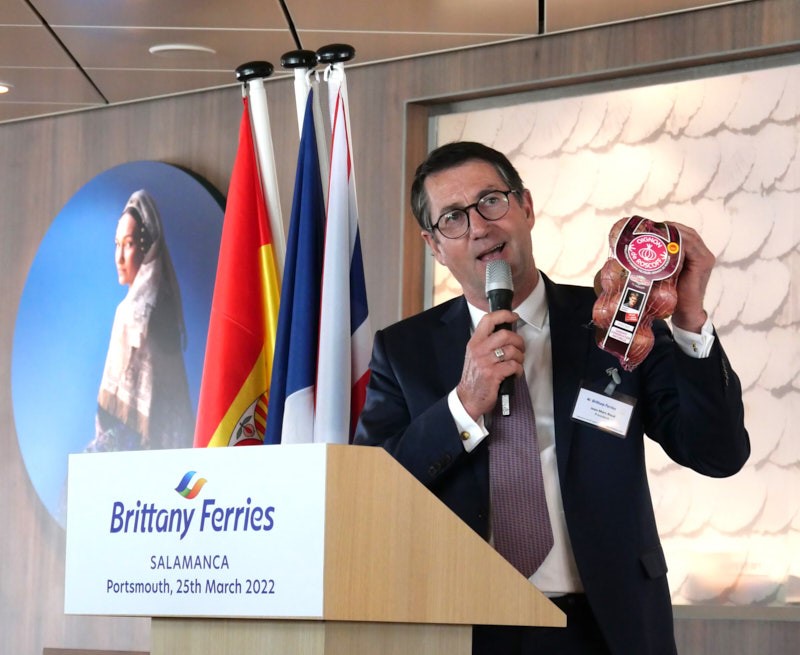 It all started with the Onion Johnnies in the 1820s. It followed with the first Brittany Ferries sailing in 1973. And the story continued with the first load on board Brittany’s newest vessel SALAMANCA, which made its first Channel crossing from Cherbourg to Portsmouth last Friday.

Pioneering Bretons have been taking Pink Roscoff Onions to Britain for nearly 200 years.

LNG-powered SALAMANCA arrived in Portsmouth ahead of its first commercial crossing to Bilbao this Sunday 27 March. 120 VIP guests attended a celebration lunch on board where each was presented with their special gift – a bag of braided Pink Roscoff Onions – by company president, and working farmer, Jean-Marc Roué.

“At Brittany Ferries we come from the land, but we are committed to the sea,” affirmed Jean-Marc Roué, this weekend. “Nothing symbolises this relationship more than the Pink Roscoff Onion. They were part of the first cargo Brittany Ferries carried from France to the UK fifty years ago. And now that tradition continues with our newest vessel SALAMANCA. I am proud to present this very special gift to our British friends, on behalf of the Breton farming community, as a symbol of ongoing partnership and friendship.”

Brittany Ferries was born fifty years ago in 1972. The first ship from the new company called KERISNEL left Roscoff for Plymouth a year later, on 2 January 1973. Its cargo of onions, cauliflowers and artichokes were carried by Mesguen, a haulage company specialising in the transport of produce, based just outside Roscoff in St Pol de Leon.

Mesguen remain committed partners to the Breton farming community and to Brittany Ferries. Echoing the first ever sailing, it was a Mesguen vehicle that carried the cargo of braided onions from Roscoff to SALAMANCA which had docked in Cherbourg ahead of its first departure for Portsmouth.

Who were the Onion Johnnies?

The link between Bretons and Britons goes back nearly two centuries. In the nineteenth and early twentieth centuries, so-called “Onion Johnnies” plied their trade in the UK.

Making the often-hazardous journey by sea from Brittany, Johnnies came year after year, travelling by bicycle, laden with strings of onions. Pink Roscoff Onions, which were awarded Protected Designation of Origin (PDO) status in 2013, were a particular delicacy for working class families. The rich flavour and low price made a change from the monotony of a simple British diet.

Onion Johnnies are thought to be behind an enduring stereotype held in the British psyche. Bike-riding Frenchmen wearing striped tops and berets, adorned with strings of onions, have endured through the generations as a symbol for ‘The French’.

This stereotype, however, is one which has those in France living beyond the borders of Brittany scratching their heads in wonder. Those crazy ros-bifs! 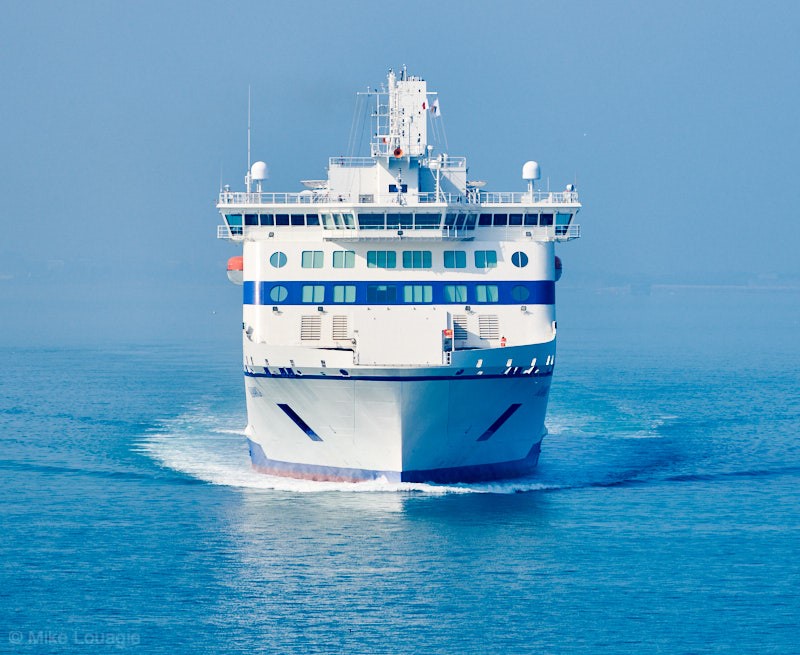