Ferry Shipping News was present at the Motorways of the Sea Forum in Brussels on 21 June.

The MOS Forum started with the news that, for health reasons, Professor Kurt Bodewig (European Coordinator TEN-T Corridor, EU-Commission DG Move) could not be present.

Instead, Silke Brocks (Principal Advisor to the European Coordinator MOS) opened the forum. She sees two main challenges: “First, a better integration of the MOS with the transport corridors. This will need stronger data sharing. Consultants will need to sit together. Second, the big question is still how to get everything financed?”

Magda Kopczynska (Director, Directorate D ‘Maritime Transport’, DG Move) sees an increased link between the mutual development of the MOS and Corridors. “Maritime connections are essential for Europe,” she says. “The well functioning of our ports and the integration of maritime transport in logistic chains are of paramount importance.” 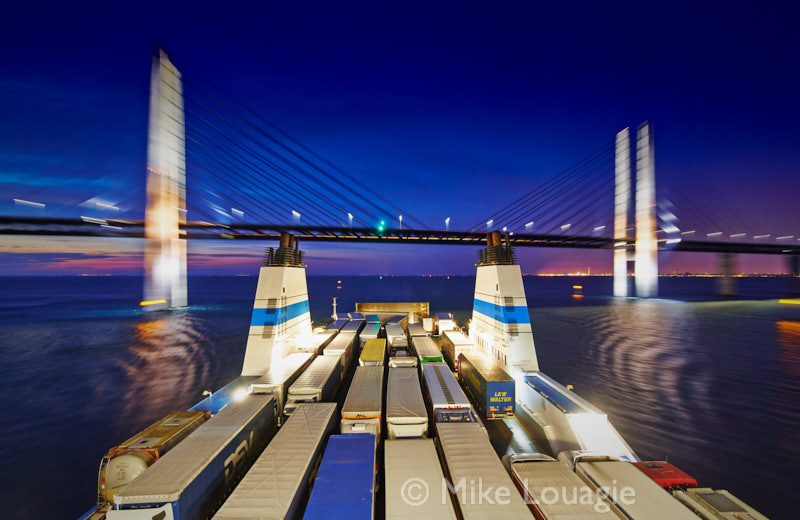 Mrs Kopczynska definitely sees different changes and challenges that can be turned into opportunities. Her vision for a detailed implementation plan for MOS is based on three pillars:

1) Environment: presently the news is a lot about environmental issues (School strike for climate, cruise sector under attack…). “In six months time the global sulphur cap will go to 0.50% m/m. This will significantly improve the sustainability. The maritime sector can now look back on several years of ECA experience. What the short sea sector has learned from LNG can now be applied to the deep sea sector. We as short sea shipping can now be the innovators with electricity as power source.”

2) The integration of the maritime sector in the overall transport sector: Mrs Kopczynska says all actors should exchange realtime information. “We need to create a harmonised environment for all vessels calling at EU ports. Ships alone cannot do door-to-door transport, hence the necessity to fully integrate the maritime part into the overal transportation chain.”

3) To get the full support of EU Mrs Kopczynska also says a strong focus is needed on safety and the human side of shipping.

During a first panel debate, a discussion was held about the reduction of emissions and the development of green infrastructure.

Mr Calogero Giuseppe Burgio (Med Ports, uniting 22 ports) pleads for common rules in order to have a fair competition, like for the handling of waste etc.

Martin Dorsman (ECSA) sees how the maritime industry is gradually improving the environmental performance of shipping. “However, also the efficiency of the logistic chain should be improved, not only the ships.”

He feels that the shift to carbon-neutral fuels is still far away. At the same time Dorsman sees short-term alternatives, such as Shell’s GTL (Gas to Liquid), a very clean fossil fuel. Another point he makes is about the price. “Shippers are in general not willing to pay extra for ‘green’.”

Mr Panagiotis Mitrou (Lloyds Register) comes to the conclusion that, ‘ships’ and ‘ports’ don’t talk enough with each other.

“We are in a state of emergency”, says Axel Wenblad (WWF). “Global warming is faster than imagined. We have ten years to bend the curve. With a growing population the need for transportation will grow too (from 7 to 9 billon people in 2050). One thing I don’t believe we should do is to use biofuel. What can be used for food should not be used as a fuel,” says the WWF man.

Mr Wenblad sees low hanging fruit: “smart shipping can save up to 20% fuel. It is ridiculous that a captain goes full speed all the way to an anchorage, where he has to wait six hours before getting a pilot.”

Mr Wenblad is convinced that Europe can and should take the lead. “MOS should be the champion of this process.”

Gert Nørgaard (Copenhagen Malmø Ports) is affirmative: “we need to include climate control in ALL projects.” Copenhagen and Malmø have a lot of visiting cruise ships. “We see that one in four is equipped with shore power facilities, but we lack the resources to invest in shore power supply. We cannot do that on our own. We need public cooperation.”

According to Mr Panagiotis Mitrou, shore power should be available in all densely populated areas.

Nobody better than the gentleman from the WWF could conclude: “Focus, focus, in everything what the industry does, is the only way.”

Maritime Links and Connection to the Hinterland

In the second panel debate about Maritime Links, environment was still explicitly present. Paul Kyprianou (Grimaldi) sees a fragmented industry. He cites the example of southern ports with bad links between port, road and rail. “It has negative effects on efficiency of the logistic chain, and does not help to improve the environmental footprint. These shortcomings put at risk the longterm viability of MOS.

Also interesting was to hear the voice of the shippers, represented by Jordi Espin (European Shipper Council).

For ECS the main drivers are sustainability, efficiency, and coordination.

“MOS Funds should not pop in and out. They need to be long lasting.” He says that shippers do want to pay, but they need to know what they pay for.

Efficiency is certainly something to be worked on. “There are many issues which need to improve for a higher efficiency of MOS, like the issue of port congestion, the time needed to release cargo etc..”

Mr Espin thinks that an Ecobonus system should be applied to cargo that is being transported with qualifiable CO2 savings.

In the third panel debate, Isabelle Ryckbost (ESPO) sees the ferry as a transportation tool for passengers too. “We also need to look at how travellers can benefit from MOS.”

She concludes that it is important to integrate MOS with other corridors and the whole transportation network. “’The last mile’ is often missing,” she says.

Digitalisation is inevitable. “Dare to share,” says the ESPO lady, meaning that common data platforms will improve efficiency. “An ETD of a ship needs to communicated to next port, for example.”

Finally, she deplores that the European Council did not set clear goals, the day before the MOS Forum. “Greening is inevitable, Adonis MOS has a big potential. The EU should have a goal, such as having an EU-ECA.”

“Alternative fuels are a big challenge. It is always the chicken and an egg story. However, if we have it in a port, it will be used,” concludes Isabelle Ryckbost.