Mr. Marios Iliopoulos is the owner of SeaJets, the first Greek shipowner to operate high-speed-crafts (HSC) as well as one of the world’s leader HSC operators. Until last year, his crafts connected 280 ports in the Aegean Sea. Therefore, his opinion and information on what we are going to expect this summer is of great importance. 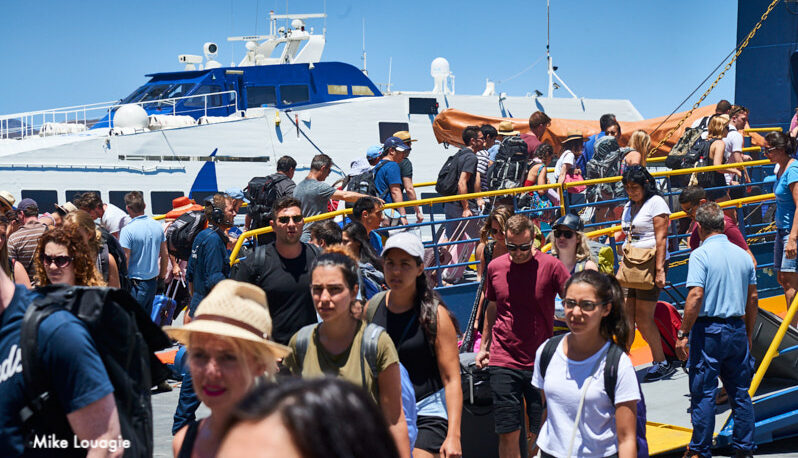 Will there be any HSC in the Aegean this summer? And if so, how many of them?

Marios Iliopoulos: I basically predict that there will be no HSCs out this summer season. There are no organized groups and there is no demand from abroad. There is no preparation. We only expect some individual tourists and domestic passengers.

What will you do? Will you take out a ship?

Marios Iliopoulos: Apart from our conventional ferries that mainly serve subsidized lines, nothing special. If I ever decide to launch a ship this summer that will be HSC TERA JET from Rafina port. Because of her large capacity (2,000 passengers), she can easily transport 1,000 people even with the 50% protocol provided by the Hellenic Ministry of Shipping this year. Furthermore, given the limited traffic we are waiting for, she might be effective on a route, if there is any traffic.

So what are the traffic volumes that you are expecting this year?

Marios Iliopoulos:  In August I see that the traffic will be similar to that of two seven-day Easter weeks while in July that would probably be two three-day Holy Spirit days, mainly one-way.

Do you see anything good at the moment?

Marios Iliopoulos:  No, not for now. This summer is going to be a very difficult one.

So, we are talking about a summer season without HSCs apart from exceptions, but even the conventional ferries will not all be deployed.

Marios Iliopoulos:  See for example the current status on the Andros – Tinos – Mykonos line. Which company do you think is going to launch all of its ships there? None, summer season as we practically knew it so far has just finished! So, let’s see what we can save for now and make a new start for next year in order to recover. Also, things are going to change at both conventional ferries and HSCs status in the future. In any case, what we have gained so far is Greece’s credibility as well as the Greek government’s great success in the fight against the COVID-19.