The Hellenic Coastal Shipping ends the summer season with

Greek ferry operators have mainly pinned their hopes on August, which unfortunately did not materialise:  -40% to -50% traffic.

September is also expected to be a bad month, as there are no reservations 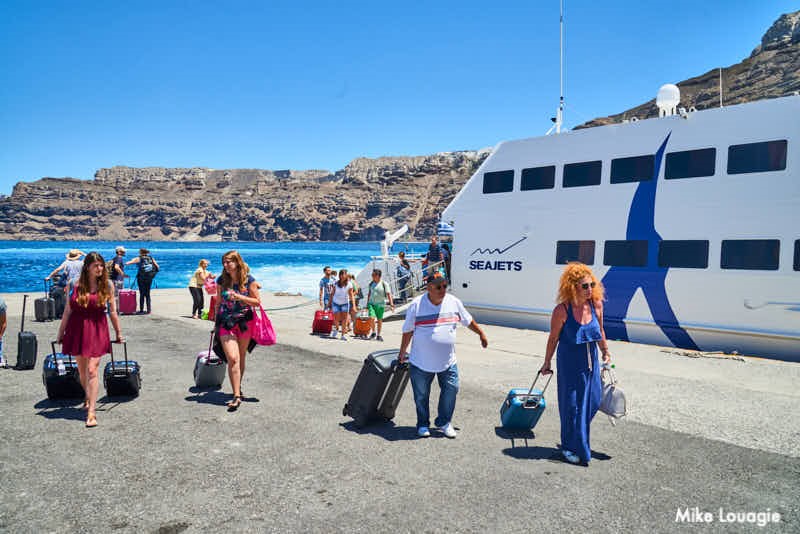 Indicative of the serious situation is that Cyclades, which is considered to be one of the most profitable markets, the reduction is estimated at 38%, in Crete at 40% and on the other Aegean lines over 40%.

This season, ferry companies have also lost passengers on intermediate routes between the islands while even those that may have managed to make some money, they will spend them in order to cover losses incurred during the months of the lock down.

Greek ferry companies lost valuable income as well from the non-chartering of their ferries abroad:

SEAJETS didn’t manage to charter its 2 vessels to Atlantico Line for the Azores service as it did the last years.

ANEK LINES lost significant income from its cruise ferry ELYROS which wasn’t chartered to Algerie Ferries while the charter of its RoPax KRITI I in Italy has never been renewed.

Attica Group did not introduce the AML’s MOROCCO SUN on the Algeciras – Tanger-Med line.

Greek Ferry Operator’s executives estimated that 2021 is expected to be very bad. Even if the vaccine is found, the companies will not be able to cover the losses of 2020 and will not manage to recover as quickly as they want. So, liquidity deficit and losses are taking a toll on the sector.

For that reason, the representatives of the ferry sector will submit a proposal to the Minister of Shipping asking to activate only a few of their ships to the necessary lines, as was done during the quarantine period, leaving the spare ships laid up.