Grimaldi Group closed a challenging year, with the pandemic causing a big impact on mainly the automotive and passenger transport business segments.

The Italian shipping company is now focused on the next step of the restart, with new vessel deliveries and possibly, takeovers.

“Despite the devastating effects of the pandemic, our group has continued throughout 2020 to operate nonstop, guaranteeing the transport of goods and passengers on all its maritime links all over Europe, Africa, the Near East, North- and South America. Our financial year 2020 closed with a turnover in the range 2 – 2.5 billion euro. This was lower than the 3 billion of the year before, but the net result will be black for sure,” confirms CEO Emanuele Grimaldi. “It is roughly a profit of 200 million euro.” 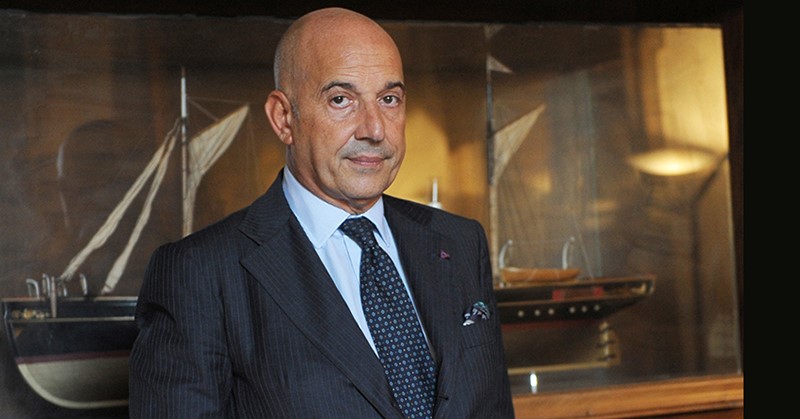 Today, the Naples-based shipping company controls a fleet of some 120 ships. A further 20 units are being built in Asia.

“In China work has continued on the construction of a substantial number of ships. These orders were placed with the aim of expanding our roro capacity by introducing ships with a large carrying capacity and minimal environmental impact” Mr Grimaldi stated.

This year, four new ships have already been delivered (the three roro’s ECO VALENCIA, ECO LIVORNO, ECO SAVONA and the PCTC GRANDE TEXAS). More units are expected to enter the company’s fleet in the coming months (the next should be the ECO CATANIA from Jinling and another PCTC is expected from Yangfan soon). 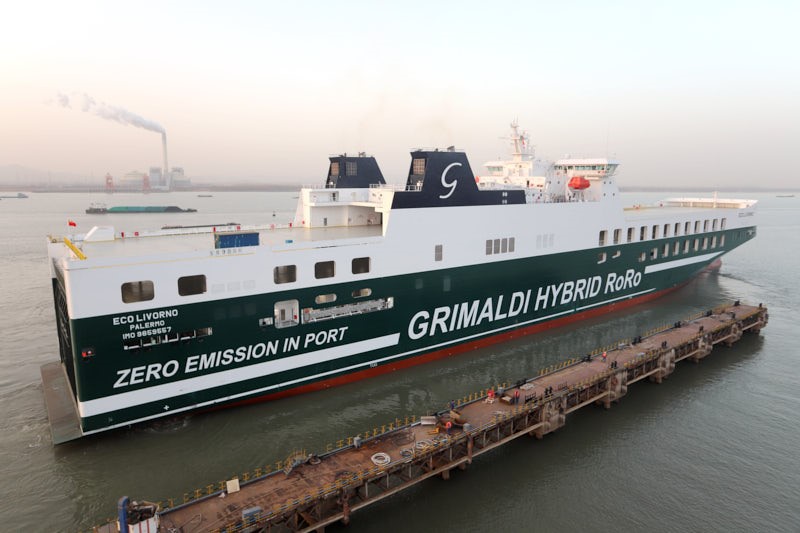 “After last recently signed order (with Hyundai Mipo, for six conro ships), we are now looking at the next generation of ships with our designer and partners. These vessels will be an evolution of pure car truck carriers and a new series of super ropax ships,” Mr Grimaldi revealed, adding that, “in the coming months we’ll proceed with the negotiations with a shortlist of shipyards before signing the new orders.”

Unfair competition in the Baltic

Commenting on the Finnlines Group’s results (which have already been published), the shipowner underlines that, “deliveries of all three recently named vessels in the series, FINNECO I, II and III, are expected between November 2021 and April 2022.

“In addition, we have also ordered two eco-efficient Superstar ropax vessels, which are scheduled to start operating in 2023. Superstar ropax vessels will bring new innovative solutions to our services and the environmental perspective is taken into account everywhere. The new ships will have a full intake up to 5,100 lane metres and 1,100 passengers.”

As previously stated, Mr Grimaldi highlights that, “Finnlines was not part of any of the EUR 70 million maritime public financial aid distributed to other shipping companies during the Covid-19 pandemic” in Finland. Then further adds: “We found ourselves to compete in a very tough period, with a lot of sustainable investments, against competitors operating on the same routes, with the same type of services, but without enjoying their subsidies. This of course harms Finnlines and creates difficulties. This has proved to distort market rules and is against the EU market laws.”

Emanuele Grimaldi suggests the local and international policy makers to have a more equal, horizontal, green and proportional distribution of public aids.

Something similar is taking place in Italy where Grimaldi Group is fiercely opposing the plans of the local government to continue supporting Tirrenia – Compagnia Italiana di Navigazione.

Grimaldi points out that, “they still have not paid the remaining price – EUR 180 million – for the ferry company bought from the State in 2012. But the Italian Ministry for the Economic Development will be obliged to cash in that amount of money.”

On the contrary, Tirrenia’s CEO Massimo Mura, has just asked the ministry to accept the restructuring plan submitted by Moby group. In this scheme, the State would receive a large part of the credit (not the 100%) rescheduled in the coming years.

Instead, Mr Grimaldi has this suggestion for Rome: “The public contract for the maritime continuity expired on 18 July 2020. The Italian government should recognize that the contract was not respected and is now obliged to ask Moby for the totality of the unpaid EUR 180 million. The competent ministry should take back the ships and launch a public tender both for the routes which still need to be subsidised, and for the vessels, including the ship crews. That’s the way Rome could obtain its money.”

Grimaldi Group already publicly expressed its interest both for the assets and for some routes.

He also seems to be looking at some other opportunities in Italy and abroad.

We asked Mr Grimaldi about a potential interest in some other ferry companies that are under financial restructuring, for instance Trasmediterranea. “There at least twenty potential deals we are examining, both in the Mediterranean Sea and outside. We’re talking about shipping lines, terminal operators and logistics companies. We are always looking for new opportunities and for instance we recently had a meeting with a representative of Amazon.”